Believe everything but trust nothing. Where you will go after reading this sentence? Where or whom you trust and where and whom you won’t? Solution for this understands something important.  You may need to use your sixth-sense to believe someone. So, you need to know calculation of trust. Believe quotes will help you to understand all calculations.

Those people who have observed their life very keenly and said something about trust will be very important for us. I have bundle of believe quotes those are said by very famous people of past. These believe quotes would be key of understanding about where you put your trust.

Be brave to stand for what you believe in even if you stand alone. -Roy Bennett

Forget all the reasons why it won’t work and believe the one reason why it will.

Believe in yourself. Trust the process. Change forever.-Bob Harper

Believe what your heart tells you, not what others say.

When you need something to believe in, start with yourself.

To succeed, we must first believe that we can.-Michael Korda

I believe that the greatest gift you can give your family and the world is a healthy you.-Joyce Meyer

Believing in yourself is the first key to success.

I believe and therefore anything is possible.

To plant a garden is to believe in tomorrow.-Audrey Hepburn

Believe you can and you’re halfway there.-Teddy Roosevelt

To be a champ you have to believe in yourself when no one else will.-Sugar Ray Robinson

Anything is possible once you believe you are worthy of achieving it.-Jason Pockrandt

In order to succeed, we must first believe that we can.-Nikos Kazantzakis

You can achieve what you believe you can. Trust and believe and have faith.-Thomas S. Monson

Believe in your plan; trust in your preparation; and put in the effort.

Believe in yourself and be prepared to work hard.-Stella Mccartney

Nothing is impossible for him who believes.

We are born believing. A man bears belief as a tree bears apples.-Ralph Waldo Emerson 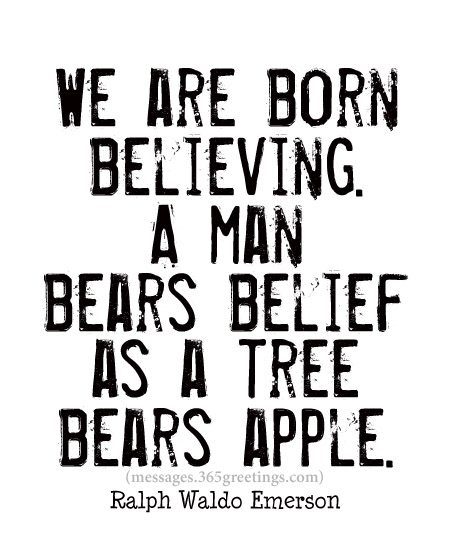 Believe while others are doubting.

Always believe that something wonderful is about to happen.

You are what you believe yourself to be. 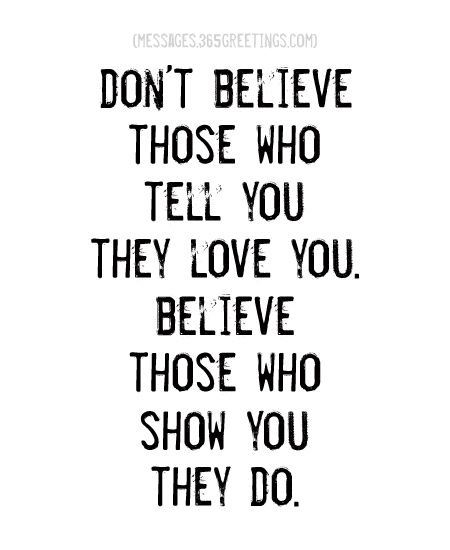 Believe in yourself a little more.

If you believe very strongly in something, stand up and fight for it.-Roy T. Bennett

Believe me, the reward is not so great without the struggle.-Wilma Rudolph

Believe me, nothing is trivial.-Brandon Lee

Believe in your dreams. They were given to you for a reason.-Katrina Mayer

Never give up hope. Believe me, the one that got away, sometimes, comes home.-Beau Taplin

Never say never. Believe in yourself and make it happen.

Let life happen to you. Believe me: life is in the right, always.-Rainer Maria Rilke

Whatever your mind can conceive and believe, the mind can achieve.-Dr. Napoleon Hill

If her smile takes all your stress away. Believe me, she is the one.

We never know, believe me, when we have succeeded best.-Miguel de Unamuno

There lies more faith in honest doubt, believe me, than in half the creeds.-Lord Alfred Tennyson

You must trust and believe in people or life becomes impossible.

Believe you deserve it and the universe will serve it.

Believe what your heart tells you, not what others say.

That’s why i won’t give up! I’ll continue to move forward because i believe.-Natsuki Takaya 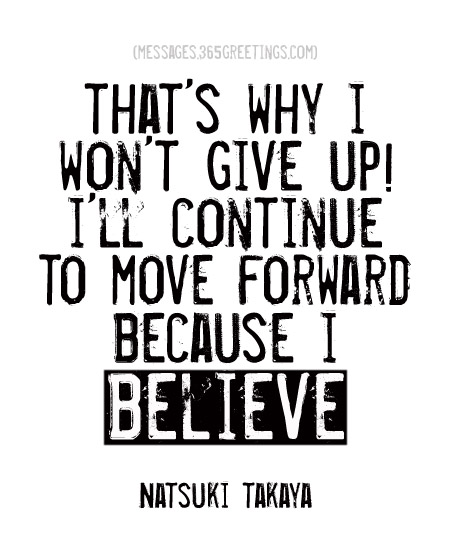 Always is a good word to believe in.-Susan Abulhawa

Believe you have to be better than you ever thought you could be.-Ken Venturi

Believe only half of what you see and nothing that you hear.-Edgar Allan Poe 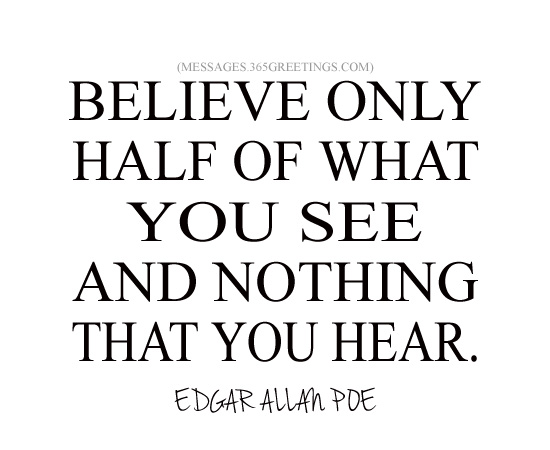 You can overcome whatever is goin on around you if you believe in the light that lives within you.-Justine Edward

I would never, ever do anything unless i believed in it.-River Phoenix

Human willingness to believe precedes their ability to think.-Toba Beta