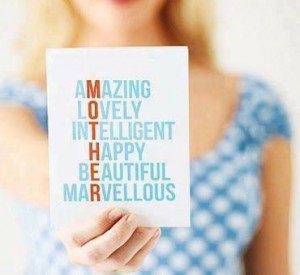 The bond between a daughter and mother is so special and last forever. If you have something to say to your daughter or mom, but ashamed or shy to show your love, a mother daughter quotes can help, express your true feelings about your mother or daughter. Make them feel that they are special to your heart. These mother daughter quotes may not be as valuable as expensive gifts but they can surely warm someone’s heart.

Take a look at our collection of mother daughter relationship quotes that will help you express your emotions. You can use these quotes about mothers and daughters as scriptures in a picture or scrapbook. You can also give her a mother daughter necklace where you can engrave some of these short quotes on them. Whatever the purpose will be, we hope that these quotes about mothers and daughters can be of any use for you.

Quotes about Mothers and Daughters

Mother – that was the bank where
we deposited all our hurts and worries.
– T. DeWitt Talmage

I love my mother as the trees love water and sunshine –
she helps me grow, prosper, and reach great heights.
– Terri Guillemets

A man’s work is from sun to sun,
but a mother’s work is never done.
– Unknown

God could not be everywhere,
So he created mothers.
– Jewish Proverb

I cannot forget my mother.
She is my bridge.
When I needed to get across,
she steadied herself long enough for me to run across safely.
– Renita Weems

The patience of a mother
might be likened to a tube of toothpaste –
it’s never quite all gone.
– Author Unknown

A daughter is a mother’s gender partner,
her closest ally in the family confederacy,
An extension of herself.
– Unknown

A mother’s treasure is her daughter.

My daughter comes with me everywhere.
I don’t leave her behind. But it is hard.
I mean, I think any working mother will tell you
that what kind of falls by the wayside, you know,
are the hours of sleep that you wish you had, and all that.
I feel incredibly lucky and blessed,
but I do sometimes feel like that exorcist lady!
– Kate Beckinsale

A daughter is a day brightener and a heart warmer.
– Unknown

A daughter is the happy memories of the past,
the joyful moments of the present,
and the hope and promise of the future.
– Unknown

You will always be my little girl.

A daughter is a gift of love.

A son is a son till he takes him a wife,
a daughter is a daughter all of her life.

You will always be my biggest reason to smile.

Many an Irish property was increased
by the lace of a daughter’s petticoat.
– Irish Proverb

Watching your daughter being collected by her date
feels like handing over a million dollar Stradivarius to a gorilla.
– Jim Bishop

A daughter is a little girl who grows up to be a friend.
– Unknown

Who ran to help me when I fell,
or kissed the place to make it well?
My mother.
– Ann Taylor

My mom is literally a part of me.
You can’t say that about many people except relatives, and organ donors.
– Carrie Latet

The coolest person in the world is my mom.
– Unknown

Any mother could perform the jobs of
Several air-traffic controllers with ease.
– Lisa Alther

To describe my mother would be to
Write about a hurricane in its perfect power.
– Maya Angelou

Now, as always, the most automated appliance in a household is the mother.
– Beverly Jones

My mother’s love has always been a sustaining force for our family,
and one of my greatest joys is seeing her integrity, her compassion,
her intelligence reflected in my daughters.
– Michelle Obama

If you have a mom,
there is nowhere you are likely to go
where a prayer has not already been.
– Robert Brault

Motherhood has a very humanizing effect.
Everything gets reduced to essentials.
– Meryl Streep

Mother love is the fuel that enables a normal human being to do the impossible.
– Marion C. Garretty

A mother’s happiness is like a beacon,
lighting up the future but reflected also
on the past in the guise of fond memories.
– Honoré de Balzac

The mother-daughter relationship is the most complex.
– Wynonna Judd

What the daughter does, the mother did.
– Jewish Proverb

Mothers and daughters are closest,
When daughters become mothers.
– Unknown

And mothers are their daughters’ role model,
their biological and emotional road map,
the arbiter of all their relationships.
– Victoria Secunda

A daughter is the happy memories of the past,
The joyful moments of the present,
And the hope and promise of the future.
– Unknown

A mother’s love for her child is like nothing else in the world.
It knows no law, no pity, it dares all things and crushes down
remorselessly all that stands in its path.
– Agatha Christie

Some are kissing mothers and some
are scolding mothers, but it is love just the same.
– Pearl S Buck

We mothers are learning to mark our
mothering success by our daughters’
lengthening flight.
– Letty Cottin Pogrebin

What children take from us, they give.
We become people who feel more deeply,
question more deeply, and love more deeply.
– Sonia Taitz

Sometimes the laughter in mothering
is the recognition of the ironies and
absurdities. Sometimes, though, it’s
just pure, unthinking delight.
~ Barbara Shapiro

There is nothing to suggest
that mothering cannot be shared by several people.
– H. R, Schaffer

No influence is so powerful as that of the mother.
– Sarah Josepha Hale

Mother is the one we count on for the things that matter most of all.
– Katherine Butler Hathaway

Mom to daughter quotes, quotes about moms and daughters being best friends

Quotes doesn’t have to be too long to convey the meaning, for the relationship between the mother and daughter is meaningful but few words can be enough to describe the intensity. Here are some short daughters and mothers sayings.

My daughter is the brightest star in the sky.

My goal is to be cool in my daughter’s eyes.

You will forever be my little princess in pink dress.

I love it when my daughter says I am a supermom.

Being mother is the biggest blessing and the toughest job.

Being a great mother is a job for superwomen only!

Fame is rot; daughters are the thing.
– James Matthew Barrie

The woman who bore me is no longer alive,
But I seem to be her daughter in increasingly profound ways.
– Johnnetta Betsch Cole

We’ve begun to raise daughters more like sons,
but few have the courage to raise our sons more like our daughters.
– Gloria Steinem

The strength of motherhood is greater than natural laws.
– Barbar Kingsolver

Are you looking for quotes about mothers and daughters that you will put on any part of your body as tattoo? Or perhaps, you’re looking for short wording that you will include to your scrapbook project? Then here are some options you may choose.

What the daughter does, the mother did.
– Jewish Proverb.

We laugh, we cry, we make time fly.

The bond between us will never fall apart.

Our Bond Will Last Forever

All that I am my mother made me.
– John Quincy Adams.

Want some humor about the relationship between the mother and daughter? Here are some funny quotes that will surely give you some humor and make you smile.

Daughters are like flowers,
they fill the world with beauty,
and sometimes attract pests.
– Unknown

If you would have a good wife,
Marry one who has been a good daughter.
– Thomas Fuller

As the lily among thorns, so is my love among the daughters.
– Solomon Ibn Gabirol

Every mother hopes that her daughter will marry a better man than she did,
and is convinced that her son will never find a wife as good as his father did.
– Martin Andersen-Nexö.

Ability is what will get you to the top if the boss has no daughter.
– Unknown

Of all the haunting moments of motherhood,
few rank with hearing your own words
come out of your daughter’s mouth.
– Victoria Secunda

As long as a woman can look ten years younger than her own daughter,
She is perfectly satisfied.
– Oscar Wilde