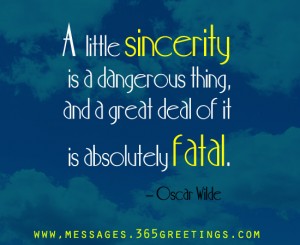 Oscar Wilde is an Irish poet and writer who became a famous playwright in London during the 1890s. He was known for his wit, his polished manner of dressing, and spectacular way he handles conversation. Aside from his plays, he has dabbled in poems, done lectures, and eventually became a journalist in the United States and Canada.

He was part of aestheticism, where their philosophy involves the promotion of aesthetic values over social or political themes in literature. His novel, “The Picture of Dorian Gray has allowed Wilde to express his views on art and beauty.

Another famous writing is “The Importance of Being Earnest” which is a comedy of manners. Since most of his works are devoid of political themes, they are treated quite lightly in modern literature classes.
At a low time of his life, he was found guilty of committing sodomy and gross indecency. He was subjected to a hard life in prison which he was not accustomed to and this caused the sharp decline of his health.

His high profile life in the beginning and the heartbreaking end to it makes his life very interesting for biographers. Unfortunately, some aspects of his life are subject to exaggeration even by his close friends.

Many quotes have been attributed to him and these mostly came from the novels, poetry, and plays that he has done. Apart from that, he was put to trial for some time because of his sexual preference and there was so much emphasis on morality and family values at that time. The following quotes stem from his adventurous life.

“My wallpaper and I are fighting a duel to the death.
One or the other of us has to go.”

“The public have an insatiable curiosity to know everything,
except what is worth knowing.”

“If you want to tell people the truth,
Make them laugh,
Otherwise they’ll kill you.” 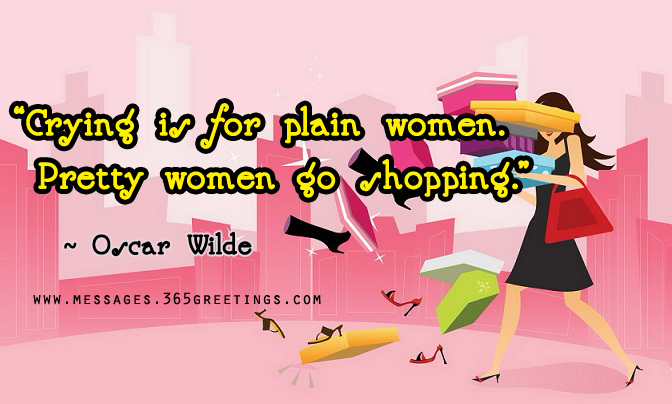 “We are all in the gutter,
but some of us are looking at the stars.”

“All great ideas are dangerous.”

“A little sincerity is a dangerous thing,
and a great deal of it is absolutely fatal.”

“Experience is the name everyone gives to their mistakes.”

Oscar Wilde’s quote on love is more on the relationship between a man and a woman (or maybe even for the same gender). Though not necessarily on romance, it exposes the masculinity and playful stance of men on relationships.

“Between men and women there is no friendship possible.
There is passion, enmity, worship, love, but no friendship.” 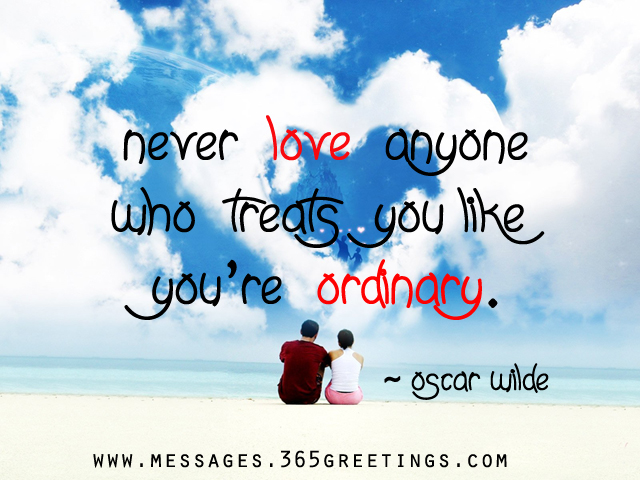 “Never love anyone
who treats you like you’re ordinary.”

“To love oneself is the beginning of a lifelong romance.”

“My duty as a gentleman has never interfered
with my pleasures in the smallest degree.”

“A man can be happy with any woman as long as he does not love her.”

“The strength of women comes from the fact
that psychology cannot explain us.
Men can be analyzed, women… merely adored.”

“All charming people, I fancy, are spoiled.
It is the secret of their attraction.”

He has a very informal and lighthearted view on friendship. There is nothing profound about it and it is something that is easily understood by the reader.

“We have quite the same ideas.
No; I think our ideas are quite different.
But has been most pleasant.”

“Ultimately the bond of all companionship,
whether in marriage or in friendship, is conversation.”

“Laughter is not at all a bad beginning for a friendship,
and it is far the best ending for one.”

“An acquaintance that begins with a compliment
is sure to develop into a real friendship.”

“A true friend stabs you in the front.”

The Picture of Dorian Gray is a window to Oscar Wilde’s mind. It is a showcase of how beauty is seen from his eyes and his ability to put beauty into words. He believes in art for art’s sake but does not acknowledge its moral boundaries.

“But beauty, real beauty, ends where an intellectual expression begins.
Intellect is in itself a mode of exaggeration,
and destroys the harmony of any face.”

“The ugly and the stupid have the best of it in this world.
They can sit at their ease and gape at the play.”

“The reason I will not exhibit this picture is that
I am afraid that I have shown in it the secret of my own soul.”

“I knew that I had come face to face with someone
Whose mere personality was so fascinating that,
If I allowed it to do so,
It would absorb my whole nature, my whole soul, my very art itself.”

“An artist should create beautiful things,
but should put nothing of his own life into them.”

“Some day you will look at your friend,
and he will seem to you to be a little out of drawing,
or you won’t like his tone of colour, or something.”

“The only way to get rid of a temptation is to yield to it.
Resist it, and your soul grows sick with longing
for the things it has forbidden to itself,
with desire for what its monstrous laws
have made monstrous and unlawful.”

“You are a wonderful creation.
You know more than you think you know,
Just as you know less than you want to know.”

Despite all that Oscar Wilde is known for, his humor is also a gift. He has the ability to envelope truth in humor such that it is more easily acceptable by the common crowd. Perhaps that is what attracts more readers to his writings.

“A gentleman is one who never hurts anyone’s feelings unintentionally.”

“A little sincerity is a dangerous thing,
and a great deal of it is absolutely fatal.”

“A man can’t be too careful in his choice of enemies.”

“A poet can survive everything but a misprint.”

“A really well made buttonhole is the only link between art and nature.”

“A thing is not necessarily true because a man dies for it.”

“A work of art is the unique result of a unique temperament.”

“Alas, I am dying beyond my means.”

“All art is quite useless.”

“All women become like their mothers.
That is their tragedy. No man does. That’s his.”

“Always forgive your enemies;
Nothing annoys them so much.”